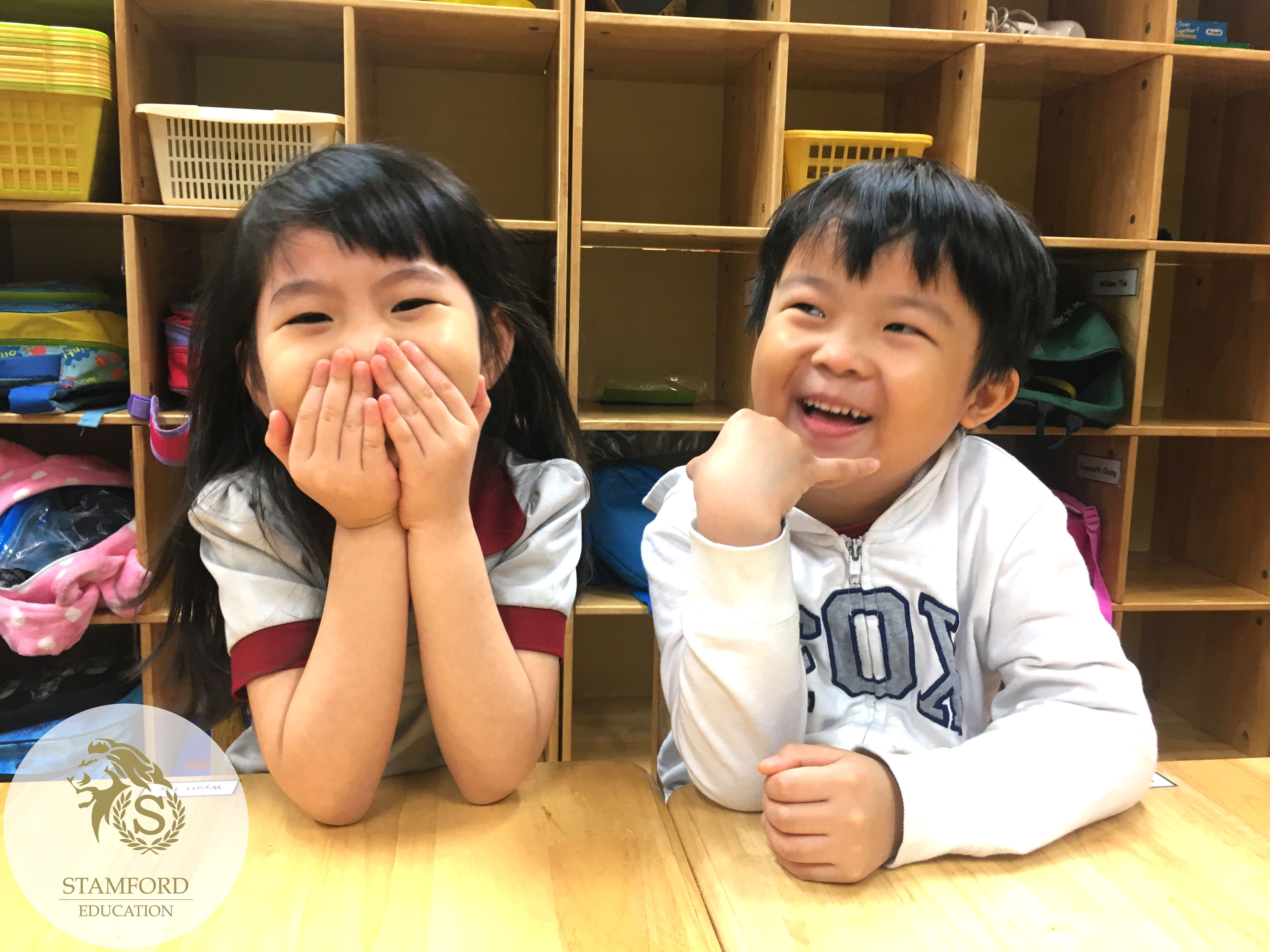 Seated apart from the rest of their L2 level mates, Gwenneth and William are having a field day chatting between themselves. Having finished their classwork ahead of the rest on this day, their usual afternoon routine has been interrupted with a much welcomed “intermission”.

For once, these two children who are normally one of the most expressive and thus loudest in class are particularly coy about the contents of their conversation. Apart from the less-exaggerated-than-usual pointed gestures and occasional jabbing in the general direction outside their class’ learning space, they leave us with no way of finding out their secret conversation.

Curiousity got better of me, and with the intention of catching them off-guard, I took 2 quick steps forward. Immediately, their coversation was reduced to an incessant series of giggles. Gwenneth immediately used both hands (might I emphasize: both) to cover her mouth. Whereas William feigned ignorance.

Regardless of what their secret it, I guess it is no secret that till this day I will never know what they were chatting about.